Long Live the Spirit of '76 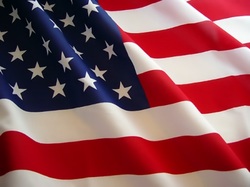 Today, July 4th, we celebrate the words of Thomas Jefferson in the Declaration of Independence.  Imbued with the revolutionary fervor now referred to as the Spirit of ’76, he penned “We hold these truths to be self-evident, that all men are created equal, that they are endowed by their Creator with certain unalienable rights, that among these are Life, Liberty, and the pursuit of Happiness.”

Anyone who has watched a segment of Jay Leno’s Jaywalking, where he asks simple history questions that befuddle bystanders on a street, knows that many Americans do not know why we celebrate July the 4th.  It is important that we know and understand our country’s history.

Independence Day is important, not just because it marks the separation of the United States from Great Britain and the creation of a new nation.  It is important because the form of government that was created, democracy, changed not only the continent of North America, but truly the world.

The ideas and institutions created by the Founders have become the model for economic and political success in the modern world.  Representative democracy swept away monarchical dynasties in Europe in the 1800s.  In the past century, it defeated fascism in Germany and Japan and communism in the Soviet Union.

The verdict of history is in.  The formula for success in the global economy of the 21st century is representative government where the people elect their leaders, a market economy where the people make millions of financial decisions, a secular state where the people choose individually how they will worship, and the rule of law that presumes equal justice for all.

This conventional wisdom of today was anything but conventional in 1776.  It was revolutionary, risky, and highly improbable.  Looking back through the lens of history, the outcome of the American Revolution seems inevitable.  In fact, it was not.  Freedom has triumphed through the years, but has often been challenged.

This experiment in self-government was tested from Valley Forge to Vicksburg to Vietnam.  Abraham Lincoln wanted to insure that “government of the people, by the people, for the people, shall not perish from the earth.”  John Kennedy pledged that “we shall pay any price, bear any burden, meet any hardship, support any friend, oppose any foe, in order to assure the survival and the success of liberty.”

The generations of Americans before us have kept the Spirit of ’76 alive.  We have a political legacy and heritage, begun on July 4, 1776, that we must keep alive.  We live in divisive times when hyper-partisanship reigns and political tempers run high.  I predict America will emerge stronger and better because our history is filled with successful efforts to reconcile our love of individualism with our devotion to community.  Diversity of thought, from the Founders to today, makes us strong, not weak.  America is not in decline.  We are exceptional and always will be.