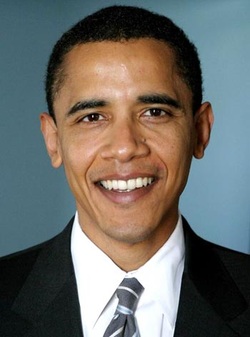 Every modern president who lost a reelection campaign has been challenged in his party’s presidential primaries.  Presidents who were unopposed for their party’s nomination for a second term have always been reelected.  President Obama, like Eisenhower, Reagan, Clinton and George W. Bush before him, has no challenger on his way to his party’s nomination to serve a second term.

Modern presidents who lost a bid for a second term always had a challenger in the primaries.  The last incumbent to lose his reelection contest was George H.W. Bush, who was challenged in 1992 by Pat Buchanan in the Republican primaries.  The weakened sitting president ultimately lost to Bill Clinton in the general election.

In 1980, President Jimmy Carter finally won the Democratic nomination that summer, but only after beating Senator Ted Kennedy in a contentious primary contest. Ronald Reagan then defeated a beleaguered Carter in November.

In 1976, President Gerald Ford ran for election as the sitting president, ultimately losing to Carter, but not before a bruising primary battle for the Republican nomination against Ronald Reagan.

President Lyndon Johnson wisely chose not to seek reelection in 1968 when he saw the writing on the wall made clear by serious primary challengers Eugene McCarthy and Bobby Kennedy.  Vice President Hubert Humphrey eventually emerged as the Democratic nominee who lost to former Vice President Richard Nixon.

The only other presidents in the 20th century who lost their reelection bids are Herbert Hoover in 1932 and William Howard Taft in 1912.  As you might expect, both had primary challengers.  Hoover had a minor challenge from a former senator. Taft had major competition from a former president, Theodore Roosevelt, who after losing the Republican nomination to Taft, started the Bull Moose Party and won more votes than Taft in the general election.  By splitting the Republican vote in 1912, Taft and Roosevelt paved the way for Woodrow Wilson’s victory.

Incumbents appear to have competition because of a weak term.  However, a primary challenge to a sitting president doesn’t guarantee his defeat, as Harry Truman proved in 1948. Still, presidents seeking reelection who are unopposed for their party’s nomination have never lost since the advent of primaries.

In 1956, winning the Republican nomination was a cakewalk for the unopposed President Dwight Eisenhower, who cruised to victory in his rematch with Adlai Stevenson.  This pattern repeated itself in the successful reelection campaigns of presidents Reagan, Clinton and George W. Bush. Does not having a primary opponent guarantee victory for the incumbent?

The historical trend is clear. Presidents who coast to their party’s nomination for a second term win reelection.  The top guy does not get knocked off his perch unless a politically perilous primary contest drains his energy and his resources.

What does this mean for the presidential election of 2012?  President Obama has no primary challenger. Like his aforementioned successful predecessors, he has the luxury to focus his political ammunition on the general election.

For supporters of President Obama, this historical trend looks good. For his political detractors, well, as Obama proved with his election in 2008, there’s a first time for everything.