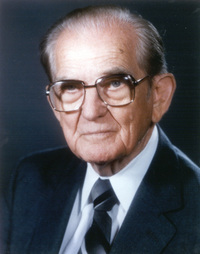 Two venerable Republican Senators are leaving Washington, and both have choice parting words for America. Olympia Snowe from Maine is retiring after three terms in the U.S. Senate and eight terms in the U.S. House of Representatives.  Indiana Senator Richard Lugar was defeated after serving more than 35 years.

Both Senators lament the loss of civility and bipartisanship required for lawmakers to work together for the good of the country.  “Two truths are all too often overshadowed in today’s political discourse:  Public service is a most honorable pursuit, and so is bipartisanship,” wrote Senator Snowe in an opinion piece for The Washington Post.

Senator Lugar released a statement on the night of his primary loss. He said, “Too often bipartisanship is equated with centrism or deal cutting. Bipartisanship is not the opposite of principle. One can be very conservative or very liberal and still have a bipartisan mindset. Such a mindset acknowledges that the other party is also patriotic and may have some good ideas.”  The six-term senator continued, “I don’t remember a time when so many topics have become politically unmentionable in one party or the other.”

Senator Snowe was blunt about the dysfunction and political polarization in the Congress.  “Simply put,” she wrote, “the Senate is not living up to what the Founding Fathers envisioned…Congress is becoming more like a parliamentary system – where everyone simply votes with their party and those in charge employ every possible tactic to block the other side. But that is not what America is all about, and it’s not what the Founders intended.”

Senator Lugar echoed the same sentiment.  “Ideology cannot be a substitute for a determination to think for yourself, for a willingness to study an issue objectively, and for the fortitude to sometimes disagree with your party or even your constituents.”

His warning bears repeating.  “Unfortunately,” he stated,” we have an increasing number of legislators in both parties who have adopted an unrelenting partisan viewpoint.  Partisans at both ends of the political spectrum are dominating the political debate in our country. If that attitude prevails in American politics, our government will remain mired in the dysfunction we have witnessed during the last several years. And I believe that if this attitude expands in the Republican Party, we will be relegated to minority status. Parties don’t succeed for long if they stop appealing to voters who may disagree with them on some issues.”

Senator Snowe is not optimistic in the near term.  “The great challenge is to create a system that gives our elected officials reasons to look past their differences and find common ground if their initial party positions fail to garner sufficient support. In a politically diverse nation, only by finding that common ground can we achieve results for the common good. That is not happening today and, frankly, I do not see it happening in the near future,” she wrote.

She said that there is strength in compromise, courage in conciliation and honor in consensus-building, but right now our political leaders don’t see any incentive for such behavior. Want evidence?  Of the ten GOP Senators rated most centrist by the National Journal at the beginning of 2010, only one will remain in the next Congress:  Mississippi Senator Thad Cochran.

What political reward is there for a Republican who works with President Obama?  What incentive is there for any Democrat to acknowledge that Mitt Romney has some good ideas?  We are losing respectable statesmen like Richard Lugar and Olympia Snowe.  Who is going to fill their shoes?

In America, we get the government we choose.  No one forces our political leaders on us.  Hopefully, at some point, the American people will cry, “Enough!” and will elect leaders like the late John Stennis, who looked for ways to cooperate with presidents and colleagues in both parties for the good of the country.  When will “works well with others” be seen as a political asset, and not a liability?  It can’t happen soon enough.