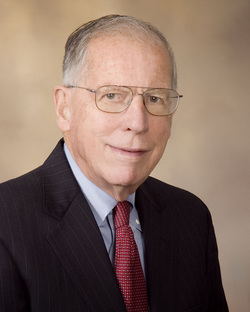 Mississippi KIDS COUNT helped former governor William Winter celebrate his 90th birthday recently and honored him with their inaugural Luminary Award.  The dinner, held in Jackson at the Mississippi Children’s Museum, lauded the accomplishments of his career and recognized the Starkville School District’s Emerson Family School, the Jackson Medical Mall Foundation’s Childhood Obesity Program and Biloxi’s Moore Community House as its 2013 “Success Story” recipients and the Mississippi Children’s Museum as its “Program of Promise.”

Part of a state-based network of grantees sponsored by the Annie E. Casey Foundation, Mississippi KIDS COUNT is the leading resource for information on the overall well-being of our state’s children. It provides reliable, relevant statistics on families and children to policymakers, educators and the general public.  It is housed within the Family & Children Research Unit at the Social Science Research Center on the campus of Mississippi State University.  Each year they publish and disseminate a fact book and host a summit to find solutions to the problems facing Mississippi’s children and communities.

Winter has a nationwide reputation for championing education reform and racial reconciliation.  It is hard to imagine two issues in the 20th century that could have had a more important impact on the economic and social well-being of all Mississippians, especially children.

Winter wrote the foreword for the Mississippi KID COUNT 2013 Data Book.  As our state’s most recognized advocate for universal public education, he was an inspired choice.  He observed, “Too much formal education was looked at suspiciously by many people lest it produce too many young people dissatisfied with the local surroundings and thus cause them to leave home.  The result was that with an undereducated citizenry we were not competing well economically…We have found out the hard way that the only effective solution to our economic problems is to raise the education of all our people to a more acceptable level.”

Still a visionary at age 90, the father of public kindergartens in Mississippi wrote, “The creation and implementation of a state supported Pre-K program in every community is not only desirable but necessary if this state is to ensure the adequate intellectual development of all our children.”

As a veteran of World War II and after a lifetime of public service, Winter also emphasized the value of civic education.  “It is not enough,” he wrote, “that we give kids the right tools to compete in the workplace. We must also teach them how to live as caring and responsible citizens…who contribute to the well-being of their community.  Not enough of this is being taught on a regular basis and in an effective way.”

Dr. Andy Mullins, executive assistant to the chancellor of the University of Mississippi and one of the “Boys of Spring” who helped craft the landmark Education Reform Act of 1982, joined in celebrating Winter’s birthday by reciting passages from Winter’s speeches in the 1960s that are still relevant today.

For example, in 1966 Winter told an audience at the Fondren Presbyterian Church in Jackson, “There is no one of us who has such a monopoly on truth that we can stand on our little one square foot of earth and be assured of the eternal and everlasting righteousness of our position.”

Who among us in 2013, from President Obama to Governor Bryant to each of us as citizens, would not benefit from such advice?  We are fortunate in our state and in our nation to have the lasting words and example of William Winter.  No political leader has been a better friend to the children of Mississippi.  Happy Birthday Governor Winter, and many more!

Brother Rogers works at the John C. Stennis Center for Public Service and is a guest columnist.