How About a Sports Museum for Starkville? 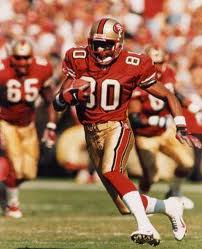 Imagine capturing the excitement of Mississippi State sports and other local sports figures in a first class museum in downtown Starkville.  That’s what came to mind recently when I heard Jon Maynard, president and CEO of the Greater Starkville Development Partnership, give a presentation to the Kiwanis Club about the future of Starkville.  (He has an excellent presentation that I recommend to any group).

He linked Starkville’s future growth and identity to Mississippi State University.  A professional group studied our area and recommended that Starkville seek to become known as Mississippi’s college town.  Specifically, downtown Starkville, which has made tremendous strides recently, should do more to associate itself with MSU, such as paint campus-related art on the side of downtown buildings.

What better way to help the city of Starkville strengthen its ties to the university than to build a sports museum in downtown Starkville?  On football game days in the fall, the museum would attract many visitors from campus to downtown Starkville.  The same applies to fans attending other sporting events, such as baseball and basketball.  The museum also could have meeting space to host functions downtown.

MSU athletics has a unifying effect on the city and is a point of pride for local citizens.  It also is an engine for economic development.  Starkville is not the birthplace of Elvis or the site of some famous Civil War battle.  We have to capitalize on who we are, and we are the home of Mississippi State University, which has much to celebrate in sports.

Imagine a place where 10 years from now you can take a kid and have him listen to a famous broadcast from the legendary Jack Cristil or watch clips of Bailey Howell in his heyday with the Bulldogs and the Boston Celtics.  Imagine interactive exhibits showcasing memorabilia from Will Clark and Raphael Palmeiro and pushing a button to see them hit a home run.  Imagine football exhibits honoring all the past All-Americans and All-SEC players at MSU, like Johnnie Cooks and Jerious Norwood.  Imagine watching highlights of great games like the 1980 6-3 defeat of Alabama or the massacre of Michigan in the Gator Bowl.

While the accomplishments of MSU sports would be more than enough to fill a museum, one in downtown Starkville could also include local standouts who have made significant contributions in athletics.  Oktibbeha County might be the only one in Mississippi to claim a member of the Naismith Memorial Basketball Hall of Fame (Bailey Howell), the Pro Football Hall of Fame (Jerry Rice), and the National Baseball Hall of Fame (Cool Papa Bell).  Starkville High graduate Travis Outlaw is now a star with the NBA’s New Jersey Nets and made the leap straight from high school to the pros.  Starkville High’s Freddie Milons was the MVP of the 1999 SEC football championship game. All these and more could be prominently featured in a sports museum downtown that would surely attract visitors.

Of course, the main obstacle is financing.  The newest museum in Mississippi that is Smithsonian-caliber is the B.B. King Blues Museum and Delta Interpretive Center in Indianola.  It costs approximately $15 million to build.  Our country is climbing out of a recession, and MSU athletics is busy raising money for stadium expansion and other projects.

But that can’t keep us from dreaming and creating a vision of what our community might look like in the future.  And maybe, just maybe, one day at the ribbon cutting someone will say “We are now in the land of milk and honey and you can wrap this in maroon and white.”