Some Presidents Are An Unqualified Success 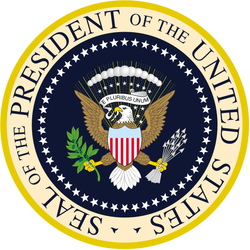 Who is qualified to be president of the United States?  Do qualifications matter?  As we celebrate Presidents’ Day, it’s worth pondering what kind of background makes a president successful.  Of course, the Constitution stipulates only that a candidate be a natural born citizen who is at least 35 years old and has lived in the country for 14 years.

The assumption for all political offices is that we want qualified candidates, and the more qualified, the better.  The main qualification we value is experience.  Again, the conventional wisdom is that more experience is an asset.  Interestingly, some of America’s most qualified presidents performed the worst, and perhaps our greatest president, Abraham Lincoln, was among the least qualified.

For example, John Quincy Adams had been a professor at Harvard, a senator from Massachusetts, and a minister (we didn’t use the title “ambassador” at the time) to the Netherlands, Prussia, Britain, and Russia. He helped negotiate the Treaty of Ghent that ended the War of 1812.  Fluent in French, he formulated the Monroe Doctrine while serving as secretary of state.  He has been described as the most learned president between Jefferson and Wilson.  Of course his father, John Adams, was a founding father and also served as president.

If ever a man had the right pedigree to be president, it was John Quincy Adams.  Alas, he is not considered a successful president.  He lost his bid for reelection in 1828 to a less educated, less well-traveled, less experienced man named Andrew Jackson.  Jackson’s legacy and impact are so great that his likeness still adorns American currency today.

Another well-qualified president was James Buchanan. Elected as a state legislator at age 23, he later represented Pennsylvania as a congressman for 10 years.  After a stint as envoy to Russia, he served 10 years as a U.S. senator.  He resigned to become James K. Polk’s secretary of state and was Franklin Pierce’s minister to England.

With that kind of experience – congressman, senator, cabinet member, and ambassador – James Buchanan seemed like a can’t-miss prospect when he became the 15th president in 1857.  Instead, historians consistently rank him as one of the worst presidents ever. His presidency ended with Southern states seceding from the Union to begin the Civil War.

Not many people can name the 15th president, but most schoolchildren can name the 16th – Abraham Lincoln.  All he did was save the United States of America and help end slavery. He’s also on our currency.

What were Lincoln’s qualifications?  He had never traveled overseas, had little formal schooling, and served a grand total of one term in the U.S. House of Representatives in the 1840s before returning to practice law in Illinois. In fact, Lincoln appointed to the cabinet a more politically seasoned “team of rivals,” each of them initially convinced of his superiority to the inexperienced Lincoln.

Who is qualified to be president of the United States?  Do qualifications matter?  We often say we want the most qualified person to be in office.  When arguing for our preference, we like to claim the upper hand when our candidate has the most political experience.

Looking back on history, an impressive political pedigree is not always the best indicator of presidential greatness.  Character and judgment count more.  Those qualities made men like Andrew Jackson and Abraham Lincoln (and my favorite, Harry Truman) an unqualified success.